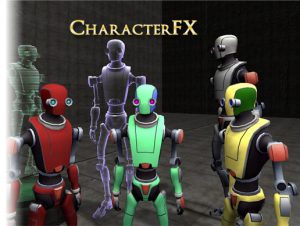 This is a paid asset, but now you can download CharacterFX Shader Pack Free.

Update! Includes PBR Shaders for Unity 5+
Includes the following shaders:
Crystal: (New!) Use it to freeze your characters. Helper script to freeze and thaw character, including sound effects and textures.
Character Customization: Accurately recolor your characters at runtime. You can modify eye color, skin color and hair color. Sample character Lerpz is included along with a mask texture that shows how to define the colorizeable portions.

Hologram: Looks like a 3D hologram – complete with flicker and scanlines. (flicker is optional). uses edge lighting, for a great 3D effect. Color can be modified on the fly to fade in. (New: New helper functions to power up and power down the Hologram)

Ghost: Create a specter similar to ghosts in some other famous games. Turn a bump mapped character into a ghost with just a material change. Various options.

Disintegrate: Terminate a character with extreme prejudice, or just beam them straight out into space. This uses a control texture (samples included) for various disappearing effects.
Statue: Petrify your character, or turn any model into a statue, including grunge!

Also includes helper scripts that show how to access and modify the shaders at runtime. 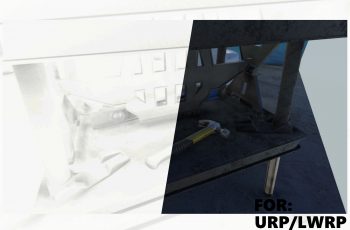 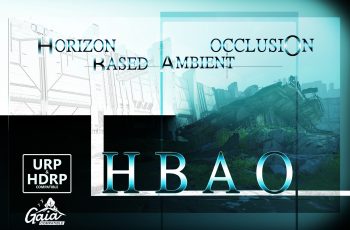 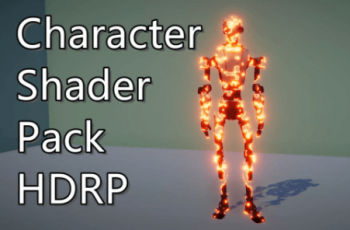