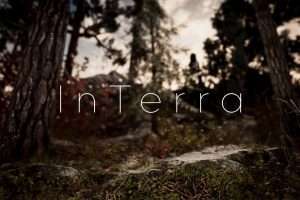 This is a paid asset, but now you can download InTerra ~ Terrain Features for FREE, but please remember this package is provided only for learning purposes or to be able to test before buying the product, NOT FOR COMMERCIAL PURPOSES.

The main feature of this Asset is the visual integration of Objects into Terrain.

It was designed to be as realistic and seamless as possible and it will help you to create very diverse and unique terrains. It is also very easy to use, there is no need for script attachment, you just choose the shader as you can see in the video.

There are two shaders included – one for Objects integration (which also works with Unity Terrain Standard shader) and one for Terrain (which is basically Standard with additional features). Both shaders are shader model 3.0 and are originally designed for PC(Windows) but I did some successful Linux and Android testing (although it might be rather heavy for mobile – depending on the features you choose – there is also the possibility for Terrain shader to sample only two layers and be lighter than the Unity Terrain Standard).

You can see the list of the shaders features in Technical details.

If you have any questions or problems you can visit InTerra Forum Thread.

Note: The 3D model Rock_06 (from Book Of The Dead: Environment) and the Snow texture (from Terrain Tools Sample Asset Pack) used in the demo scene of this asset belongs to Unity and according to my knowledge can be freely used only within the Unity projects.

• Choice of Terrain Layers – for the performance reasons, you can choose to integrate only into one or two selected layers or the whole Terrain shader pass(four layers) – the less Layers the better performance.

• Object-Terrain textures transition based on heightmaps.

Note that the steep slopes texturing depend on correctly calculated Object mesh normals !

• Multiple Terrains possibility – One Material can receive data only from one Terrain which is determined by the average position of all Objects using the Material, so for multiple Terrains you will need a copy of Material for each Terrain.

The Asset also includes two easy Mask map creators – One for the Mask with channels as in description of Terrain Layer Mask (R:Metallic, G:AO, B:Height, A:Smoothness) and one for Mask map that includes the Normal map as described above.

• Blending of Terrain and Object mesh normals is calculated per vertex and always affects the whole polygon of Object – so if the Object is too low-poly some seam might appear or the lighting of polygon might be badly affected.

• Some seams also might appear just because of the way the shadows are calculated in Unity, in which case an increase of shadow bias might help.

• Triplanar features will be applied on Terrain Base map only if you do not have more than four Layers and you are using “First Layer Only” – otherwise the calculation would be too heavy and the Base map would become pointless. 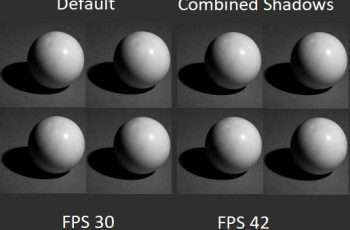